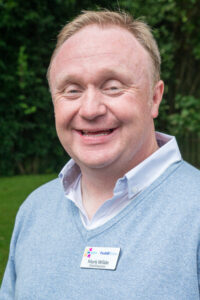 Mark Wilde – born and brought up in North East Sheffield and still live there.

My experience since leaving college, initially training as a Nursery Nurse then moving on to Business and Finance, consists primarily of paid and unpaid work in the third sector over a 20 year period, including 9 years In Further Education and five years in local government.

I am currently Chief Executive of Foxhill Forum, a medium sized Charity. I have worked for them since January 2004 and was initially employed for nine months to lead on the Neighbourhood Strategy for Foxhill. I was appointed Chief Executive in September 2010, where in addition to my day to day strategic responsibilities I have significant experience of developing funding proposals and business plans as the primary fundraiser for Foxhill Forum.

I am keen to get more involved in an organisations such as the The Talbot Trusts who, through direct grant making, support grass roots organisations and make a difference on the ground towards the health and well being of local people across Sheffield.

This is an area I am particularly interested in and have some experience already having been involved in a number of funding panels, statutory and third sector. This has involved developing and agreeing funding priorities and strategy with others, assessing/scoring applications, contributing to decision making, visiting projects and providing feedback.

What might seem a very small amount of money to some can have a significant impact on an individual, a family, making a huge difference to their lives and I have seen this first hand working in an area where poor health is prevalent.